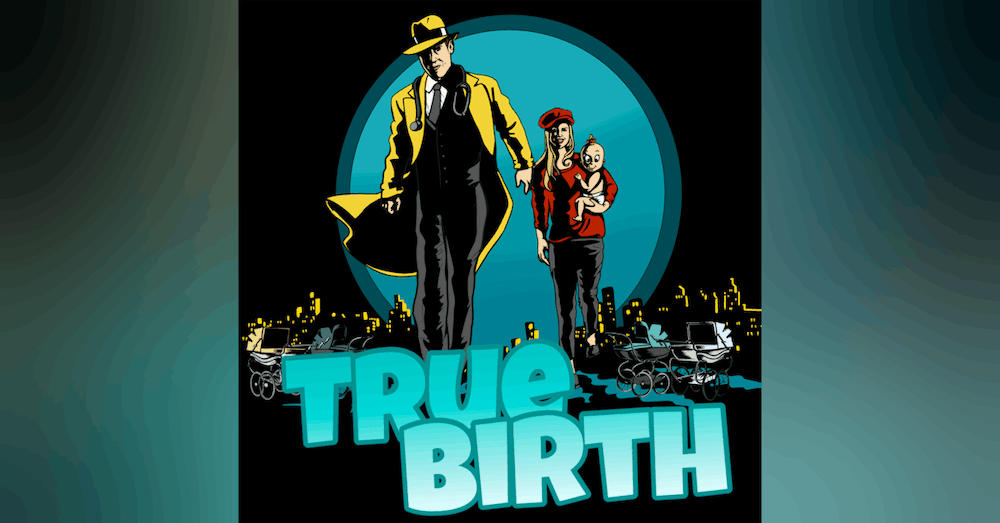 Put on your Columbo hats! When a patient tells the story of what happened in their labor and delivery experience, they often leave clues as to what truly happened from a medical perspective. Every clinician understands that patients are not necessarily coming from a medical background when they recount their own experiences with healthcare. The pertinent medical information can be colored by the patient's own perceptions of what was happening and what they were informed at the time. A good physician will be able to piece together the puzzle and find the medical facts in the story to crack the case of what really happened in any labor and delivery room. In this creative and interesting episode, Dr. Abdelhak walks us through how he puts on his Sherlock Holmes cap and can make accurate deductions from fragments of information in a patients story and medical records. True Birth presents : Forensic Obstetrics

Put on your Columbo hats! When a patient tells the story of what happened in their labor and delivery experience, they often leave clues as to what truly happened from a medical perspective. Every clinician understands that patients are not necessarily coming from a medical background when they recount their own experiences with healthcare. The pertinent medical information can be colored by the patient's own perceptions of what was happening and what they were informed at the time.  A good physician will be able to piece together the puzzle and find the medical facts in the story to crack the case of what really happened in any labor and delivery room. In this creative and interesting episode, Dr. Abdelhak walks us through how he puts on his Sherlock Holmes cap and can make accurate deductions from fragments of information in a patients story and medical records.  True Birth presents : Forensic Obstetrics

When a patient tells a history, every clinician understands that they are not necessarily coming from a medical background. The past is colored by their perceptions of what was happening and what they were informed at the time and shouldn't be taken at face value. You have to ask many questions to figure out what happened because you want to guide the patient through this pregnancy, and sometimes you're not sure if you're only hearing one or two catchphrases.

Not only will there be internal bleeding if the uterus is thin and anxious that it will rupture and not open up during birth, but the baby will almost probably be ejected from the uterus. Because there is no longer any placental flow, the mother is hemorrhaging internally, and you're in a scenario where you need to get the baby out quickly and get everything done quickly, that would be pretty dangerous for the infant.

If you open up a patient and remove all the layers, and they say that at that time, the baby could be visualized through the uterus as if the uterus was so thin that you could see practically through it, almost like wax paper was semitransparent. You can see the infant on the other side, they typically explain, because there was a six-by-ten-centimeter window in the lower part. It would provide the physician with insight into what has occurred and why.

The danger is not the baby escaping from the uterus, but the uterus will contract too much. The top pulls and pushes on the lower half as it decreases, causing the lower portion to thin out. That is how the service gets terminated. As more of the bottom is brought to the top, the top pulls, and the bottom stretches like rubber. As a result, the amount of material available to mold the cervix into a tunnel decreases. And so, it goes until the cervix not only faces but also dilates. If this happens while you have a thin lower segment, the uterus will break by accident because the pop is pulling on the wall and there isn't enough thickness to support it, and the wall rips, putting you at risk of uterine rupture.

When a woman's cervix and segment are incredibly thin, the most important thing she can do is avoid labor, not pregnancy. It may also necessitate a C section at 37 weeks. Even if the uterus ruptures, uterine rupture is not as terrifying as it sounds. The uterus bursts open, and the baby extrudes here. It gives way and then gradually tears, enabling blood to enter, causing the child to cry, and you're in the operating room in five minutes. In addition, you're doing a C section.

How can you lay closure and saran wrap together if the operative report says a two-layer closure was used? You now have a seam since the first layer is generated when you sew up the uterus on your way out. The second layer uses a suture to move approximately a centimeter above and below the seam and sew a double seam that carries the first. However, if you're working with a fragile lower human component, you won't be able to introduce a second seam because there won't be anything to keep it in place.

If the scar tissue is present because the layers are present, the omentin, a fat pad that floats around inside the body, is there to absorb fluid when you go into the perineum. It can stick to almost anything. It can also become attached to the uterus or the walls of the uterus. Furthermore, the uterus may become stuck to the perineum. However, if the layers are there, the patient may choose to have another child because this is a pain. That is, however, an issue for the surgeon. It is not a serious concern during the procedure. You need to move slower, take your time, and keep track of your whereabouts at all times.

If you have an emergency C section, are bleeding, or have an accreta, it will be challenging to deliver this baby without damaging your internal organs. While there is a great deal of scar tissue, it does not mean that a patient should not have another child.

Instead of the uterus growing from both sides coming together and making a giant spherical uterus, the uterus growing from each side moved, the tissue from each side migrated throughout fetal development, and each side became its uterus in a woman with a Dollfuss uterus. As a result, instead of a single-family home, you now have these almost parallel to one another. It is one of two such family homes, although not upstairs in the right and left directions, and each uterus is entirely different from the other. They share a central wall but are two separate entities. They also need to have their cervixes, and they each have their entrance and exit locations.

While the pushing should be similar because the vaginal wall muscles have already pushed a baby out, the cervix dilating will be the first time a mom dilates. When the cervix dilates for the first time, they are referred to as first-time moms or primate parents. They have their cervical dilation curve, considerably slower than someone having their second or third kid. It needs four to five to six centimeters, so you would expect it to proceed slower in a woman having her first baby versus her second or third baby.

When you inspect a cervix in a woman who has never delivered before with a speculum, it looks almost like a donut with a small hole in the center that closes as you go deeper, but it's just a spherical cervix with a dimple in the middle that denotes the entry. After giving delivery, a woman's face becomes much more recessed at three o'clock and nine o'clock, like a smiling expression on those two sides.

Following a myomectomy, many women are recommended not to have a vaginal delivery. The surgical removal of a fibroid or myoma is known as a myomectomy.

A fibroid is a non-cancerous tumor with a very rough, rubbery texture. It is a benign tumor, not cancer, but it takes up space and can cause a range of bleeding issues and obstruct the outlet, stopping you from delivering due to heavy periods or creating pain. Fibroids have a root system and grow off the uterus, making them seem like mushrooms. Because it is virtually entirely outside the uterus, all you are doing is cutting it off at the stock and gating the blood arteries, leaving the uterus perfectly intact. Removing it will never threaten its integrity.

If it is justified, we need to know where the fibroid was removed if you had one removed. We can better counsel about having more operative report reading because we know what fibroid she had and her surgery. Especially now that many of these myomectomy procedures are performed laparoscopically through cameras rather than opening the belly. After all, we know what type of fibroid she had and what kind of surgery she had. This is usually a clue because laparoscopic myomectomy is almost always superficial. It's not that deep, but the robots are improving, and they're now able to remove real intramural or in-the-wall muscle myomas laparoscopically.

What did your surgeon say? That's the best and most enlightening question to ask. If your surgeon cut this fiber from the muscle's heart, he would be in the cavity at that level, and he will tell you that you do not have that privilege.

Our unplanned T sections don't cause the bulk of emergency C sections; they happen because you're in labor and things aren't going well. There will be a delay, but it should be no more than 20 minutes from the moment you're told you're having a C section until you're taken to the operating room, possibly up to an hour. They'll let you sit there for a while.

Because there is so much blood coming out, you should lose up to 500 ccs of blood in most cases. Did she bleed extensively after the baby was born? Or did everyone continue about their business as if everything was okay? Then she cramps up and feels restless for half an hour or an hour. They look behind the covers and see a lot of blood, right up to the point where the delay occurred.

There is no need to allow a patient to be in a life-threatening blood loss situation while balancing on tools. You give blood while her blood pressure is low and she is bleeding. Always err on the side of caution. If blood was not provided, she lost less than a liter of blood once she had passed a liter. Trenching is being considered.

Remember to subscribe wherever you get your podcasts.  Please consider leaving us a review on iTunes

Our Social Channels are as follows 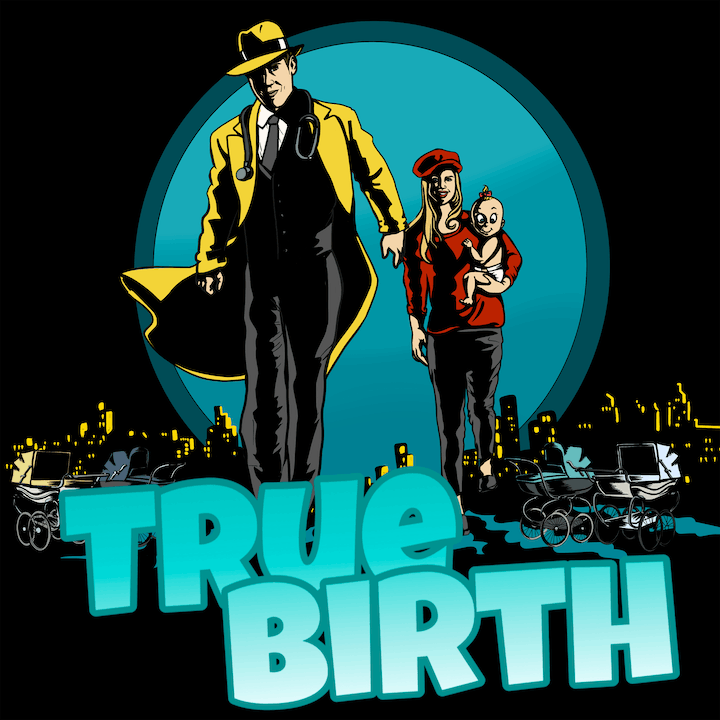