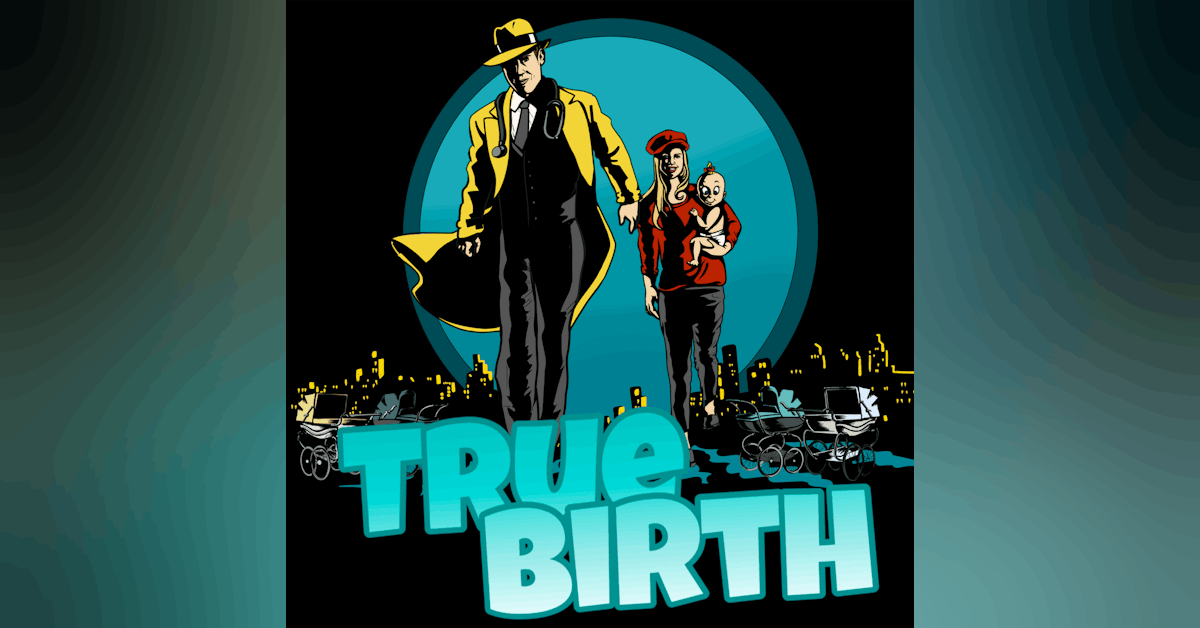 Season 1 Pregnancy Pregnancy Problems & Solutions
Perinatal loss is a profound experience for women and her family. Examples of perinatal loss include miscarriage, ectopic pregnancy, stillbirth, neonatal death, and other losses.  In this episode. Dr. Abdelhak specifically examines unexplained loss which most often will happen in the second trimester at 13 weeks to 28 weeks, but in rare occasions this type of loss will happen in the third trimester as well.  We tread lightly. We share our same true-birth-ism that are part of each episode and we honor and support those in our families and communities who have experiences such sorrow. These truths are keeping the conversation going, sharing new information as we think differently about this heartbreaking experience.     We hope to this knowledge can bring a sliver of peace to a mourning family.
Our perinatal loss support information can be found here

The March of Dimes is one of the most well-known and well-established organizations focusing on pregnancy health. March of Dimes has a lot of information on the causes and possible prevention of premature birth, a leading cause of infant death, and it is involved in numerous advocacy efforts to drive research into ways to prevent birth defects and infant death.

As a start, every woman who is pregnant should be aware of the risk factors for premature birth as well as the signs and symptoms of premature labor.

The International Stillbirth Alliance (ISA) is a coalition of stillbirth awareness groups and organizations that work to promote stillbirth research and awareness of stillbirth. The group offers support resources for parents as well as information about ongoing research into stillbirth.
The Miscarriage Association is a UK-based support association that offers many resources to help families cope with miscarriage and to spread awareness of miscarriage. They use the general term miscarriage but include support for those who have had an ectopic pregnancy or molar pregnancy as well. The group has a network of support volunteers who can lend a listening ear

The miscarriage association also provides information to help people better understand everything from the tests done to look for a miscarriage, to information on "trying again" after your loss.

Sands stands for Stillbirth and Neonatal Death Support. This group is based in the UK, but Sands has chapters in countries around the world. The group offers support to all individuals affected by stillbirth or loss of a newborn infant, and its website includes information on local groups and advocacy opportunities.

Sands also recognizes the importance of bereavement care,2 which has, unfortunately, been addressed to a less degree than the symptoms and treatment of pregnancy loss.

The Compassionate Friends (TCF) is not exclusively focused on pregnancy loss but focuses on providing support for bereaved families who are grieving the death of a child. The group does offer information and support for pregnancy loss of any kind.

The MISS Foundation focuses on crisis support and other aid to families grieving the loss of a child. The group is not exclusively focused on pregnancy loss but is involved in a lot of activities related to miscarriage and stillbirth awareness, such as the MISSing Angels Bills that have been considered or passed in many U.S. states with the idea of granting parents the right to receive a state-issued certificate of stillbirth recognizing the loss of a baby to stillbirth.

The site offers fact sheets aimed at dads, grandparents, siblings, and survivors as well as information about research into this type of pregnancy loss.

Even if you are not a California native, the HAND website provides support, including letters addressed to parents, friends , and family, and even health care professionals who are facing the grief which accompanies stillbirth and neonatal death.

The Ectopic Pregnancy Trust is a group sponsored by London's King College Hospital. The website has information on the causes and treatment of ectopic pregnancy, as well as support forums. The group supports research into early diagnosis of ectopic pregnancy and means of prevention.

The website (of course, easily accessible to those outside the UK) has abundant resources with information on a number of topics surrounding ectopic pregnancy. It even has information for dad's and ectopic pregnancy, recognizing the difficulties faced by those who are "so close but yet so far."

Tommy's functions as something of a UK-based March of Dimes equivalent. The group has information on how to have a healthy pregnancy and prevent any preventable stillbirths or preterm births. The group also supports research on miscarriage prevention and causes

In order to get on our email subscription list and never miss a book update, sign up at www.truebirthpodcast.com